Our products are officially licensed by the artist and printed using quality inks and quality garments.

Please refer to the sizing chart below to select the size required, hats and caps etc are all One Size Fits All (OSFA) unless otherwise specified. 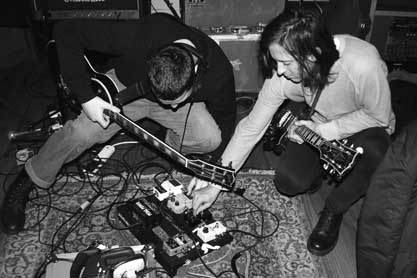 Carl Barat And The Jackals

Carl Barat, the yin to Peter Doherty's yang in The Libertines, and one of the most prolific and talented songwriters in the UK today, has gathered his new band the Jackals around him and recorded what amounts to his most hard hitting material to date with the stunning new EP 'Harder They Fall.'

Carl Barat & The Jackals debut album 'Let It Reign' (2015) swayed and swaggered with classic three-chord do-it-yourself punk bonhomie and received great critical acclaim on its release: Q Magazine enthused "Uplifting stuff. Barat is certainly on tasty form" (****); NME described it as "The most electric and exuberant record he's made since 'Up The Bracket'" (8/10); The Guardian raved "It's a stormer" (****) and the Daily Express concluded "Carl Barat returns with this snappy, snarly, 35-minute gem" (****). The tracks that make up The Jackals new EP 'Harder They Fall' are all, gloriously loud.

The 'Harder They Fall' EP marks an important shift in the overall genesis of The Jackals too, with guitarist Billy Tessio tackling lead vocals for the blistering 'Sister,' which you can hear now via Pledgemusic.com/carlbaratandthejackals. Elsewhere on the EP 'Burning Cars' sees Barat eulogise the small-town mentality of his youth growing up in Basingstoke to great effect. Rhythm section Adam Claxton (bass) and Jay Bone (drums) have never sounded tighter or more self-assured, while Barat himself continues to blossom as a classic British songwriter and wordsmith.

To celebrate the release of the new EP, which comes out on May 26, Carl Barat And The Jackals are hitting the road for a back-to-basics UK club tour, which kicks off in late May in Newcastle and features support from two up-and-coming acts handpicked by Barat himself - Blackwaters and Lock. They also play at numerous Festivals in the UK this summer including Liverpool Sound City, Glastonbury, Wilkestock and Beyond The Tracks. Fans can expect to hear new material at the shows, alongside Jackals fan-favourites 'Glory Days' & 'Victory Gin,' Dirty Pretty Things hits 'Bang Bang You're Dead' & 'Deadwood' and, we can assume, some other very special surprises from Barat's remarkable career.

Machine wash warm. Inside out, with like colours. Only non-chlorine bleach. Tumble dry medium. Do not iron if decorated. Do not dry clean.

Carl Barat And The Jackals Merchandise.

Feel free to Contact us in Burgess Hill, UK for assistance with your own online store. Telephone: 01444 233 318